The sweetest part of this fitting was that the EXS surpassed the client’s own driver, which was actually given to him by a well known Irish touring professional.  Tour van spec, so we had our game faces on to improve on overall distance, shot shape and control. 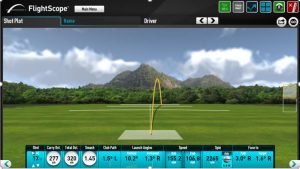 Significant improvement in spin rate, overall carry also gone up and all with less clubhead speed.  So the golfer able to achieve more control and extra yardage with less effort.  Once again, an absolute buzz to see the client achieve the shape of shot he wanted, as well as control.  But a 36 yard gain over his old driver, which is a so called “better players” brand, and built in a tour van, I’d say it was a successful end to what was a great year at Precision Fit Golf. 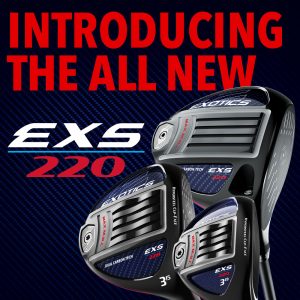 Shame to see the EXS coming to the end of it’s time this year, but it will be replaced by the dashing new EXOTICS EXS220.  The EXS was the most successful driver in the history of the Exotics brand, so the new EXS220 will definitely have it’s work cut out to improve on it’s predecessor.  But David Glod of Tour Edge is very confident saying:

““Our goal is to make anyone who hits these side by side to clubs that cost twice as much to question why they would ever think about spending the extra money,” said Glod. “These clubs are that good. We will have a large amount of EXS 220 in play on the professional tours and we will penetrate bags of the better players across the globe due to the extreme performance benefits of these clubs. Truly, pound for pound, nothing comes close to the EXS 220 metalwoods.”

Coming soon to Precision Fit Golf.  Thank you for all your support in 2019 and here’s to more fairways and greens in 2020.

We Fit We Build You Perform